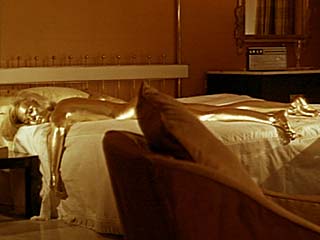 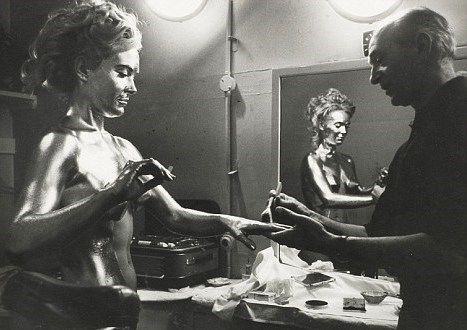 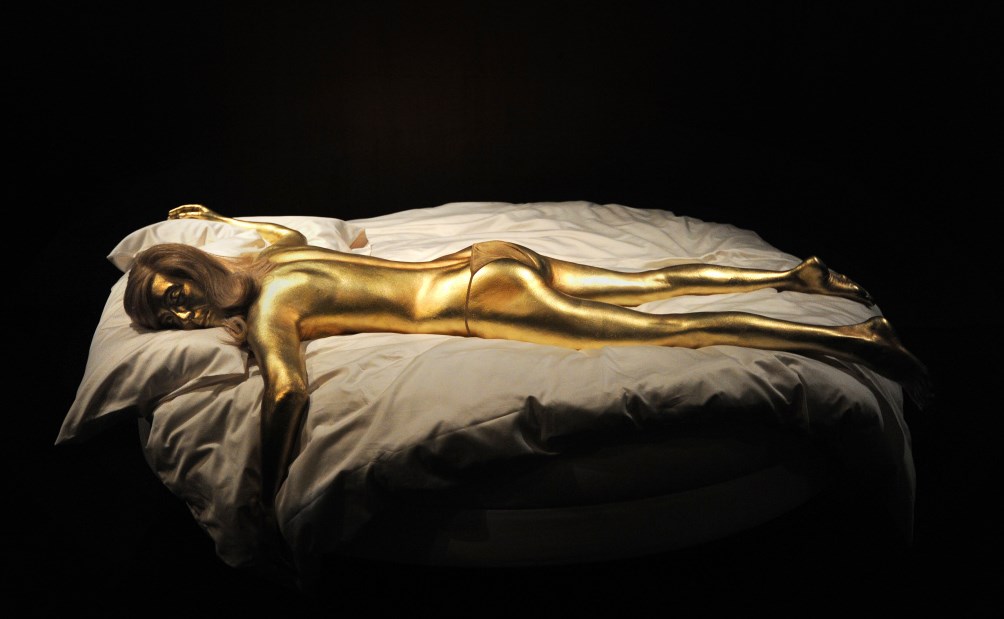 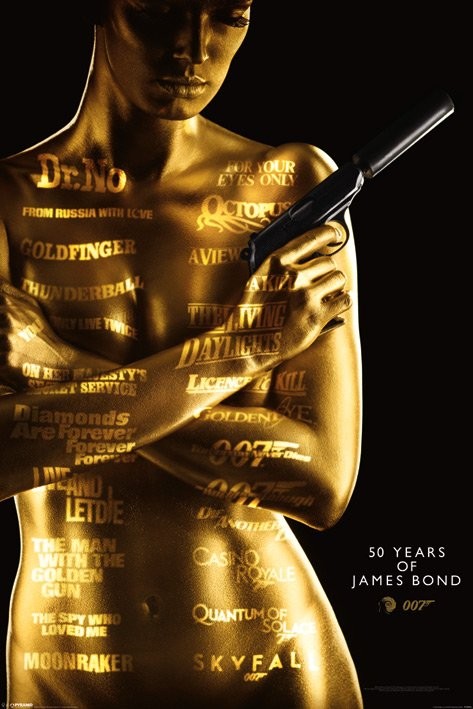 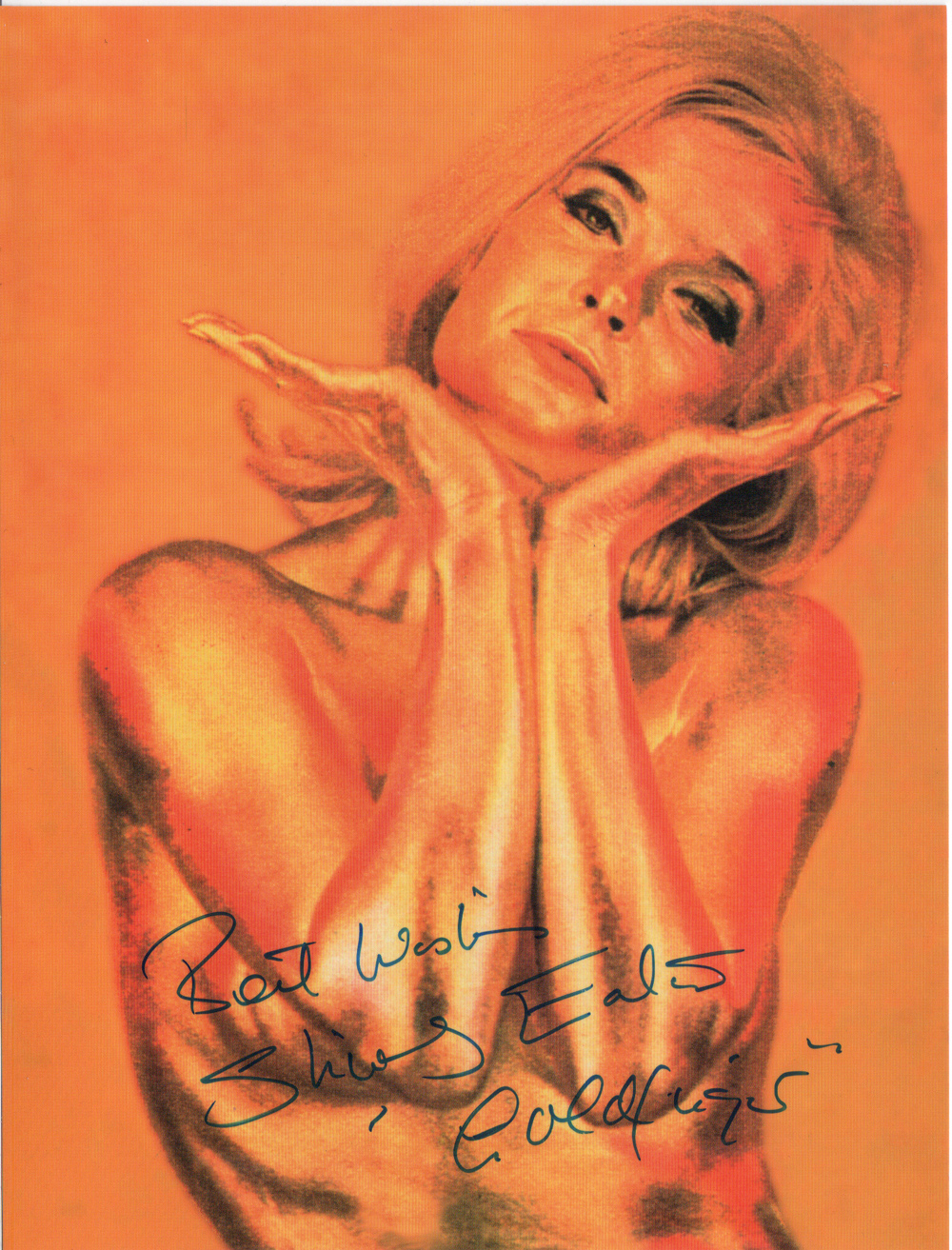 The Character in the Film

When Felix Leiter meets James Bond at the Fontainebleau Hotel in Miami, he points out Auric Goldfinger's astonishing luck at cards. Bond observes a game of Gin Rummy between Goldfinger and Mr. Simmons, and suspects some foul play. He sneaks into Goldfinger's suite and finds Jill Masterson laying on a sunbed on the balcony. She is using binoculars and a radio to communicate through Goldfinger's ear piece, helping him cheat at cards.

Bond questions Jill, and after implying otherwise, discovers that their relationship is merely professional. He uses the radio to talk to Goldfinger, threatening to call the Miami Beach Police unless he looses the money he has gained by cheating.

Jill is impressed by Bond's daring move, and the two of them go back to his hotel suite. But Goldfinger is angered by her betrayal, and gets his revenge, sending henchman Oddjob to kill her. Oddjob knocks her unconscious and paints her entire body in gold paint, causing her to die from skin asphyxiation.

Although such a cause of death has been medically disproved, the scene has become one of the most iconic moments of the James Bond series. The irony of Goldfinger's use of gold paint, as well as the glittering of the golden girl, and a fantastic score from John Barry, make it a very memorable scene.

Jill's sister, Tilly Masterson, attempts to avenge her death by assassinating Goldfinger. Unfortunately she fails each time, and her persistence leads to her own eventual death, struck in the neck by Oddjob's steal-rimmed hat. 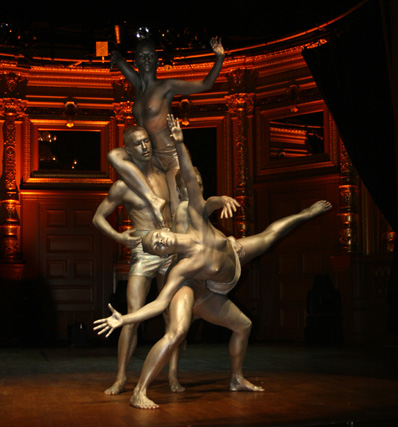 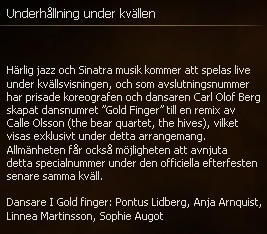 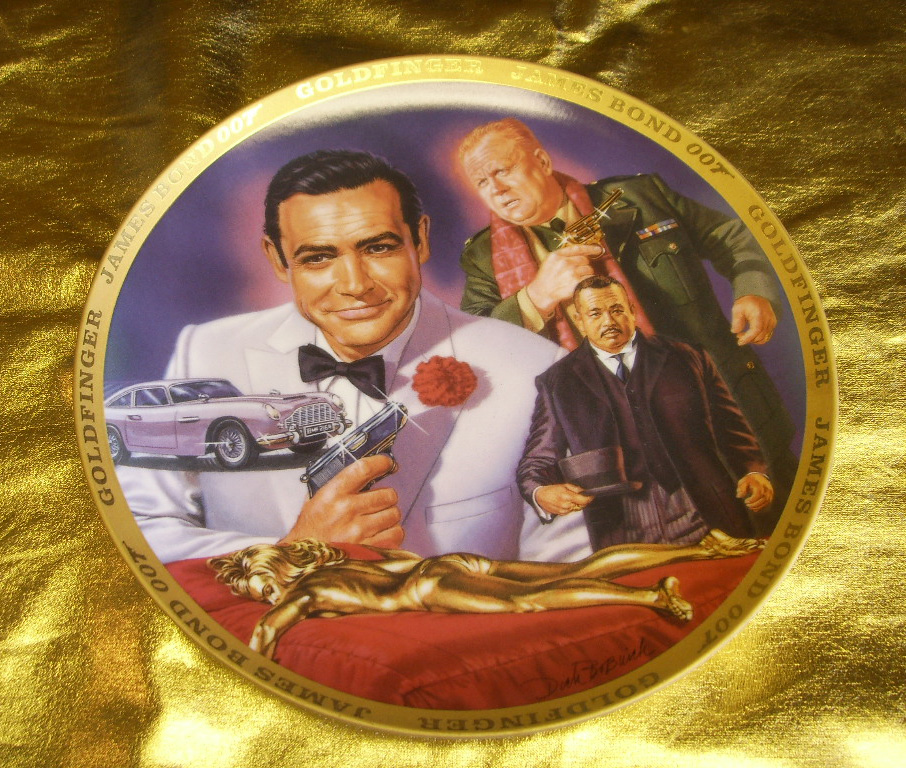 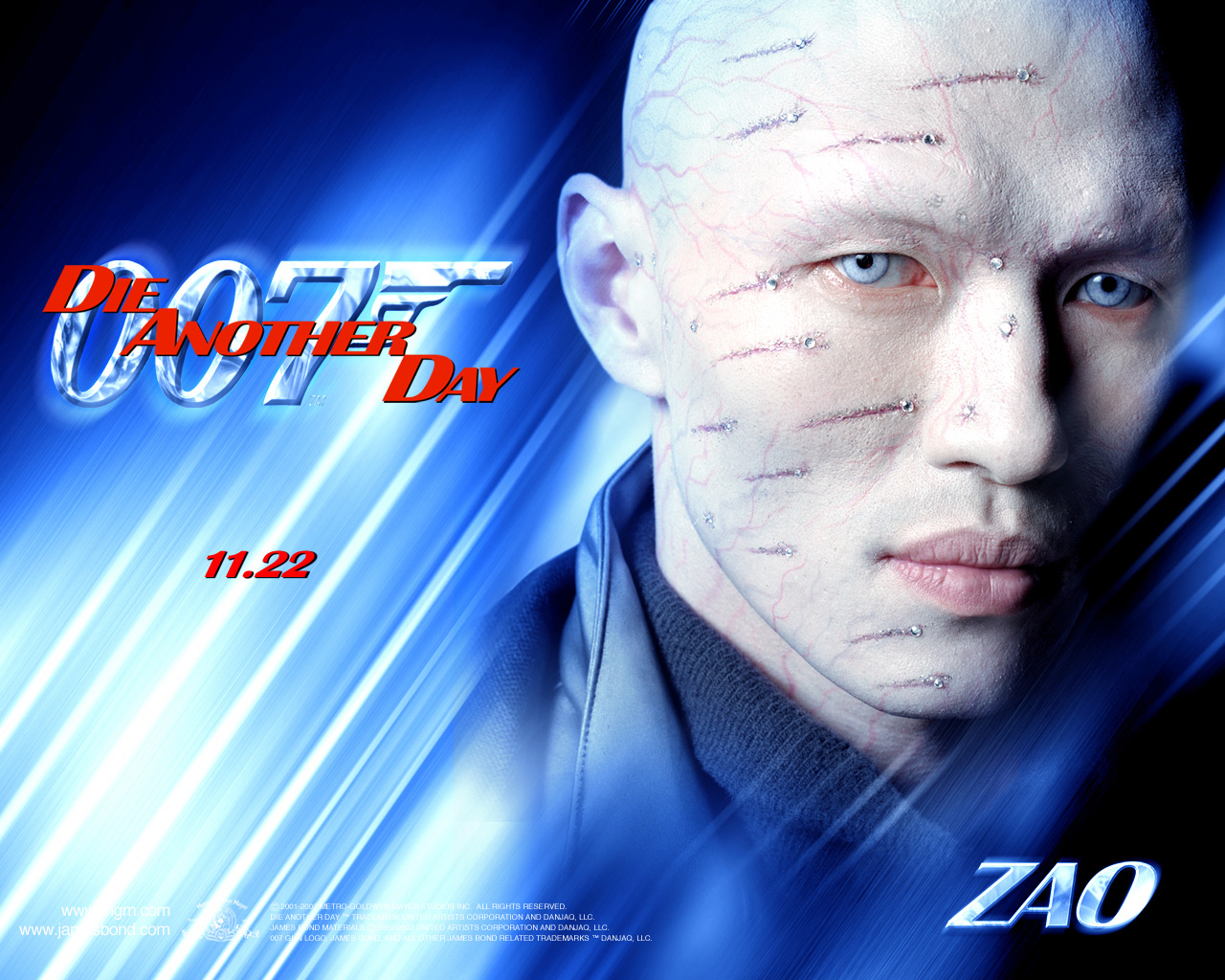