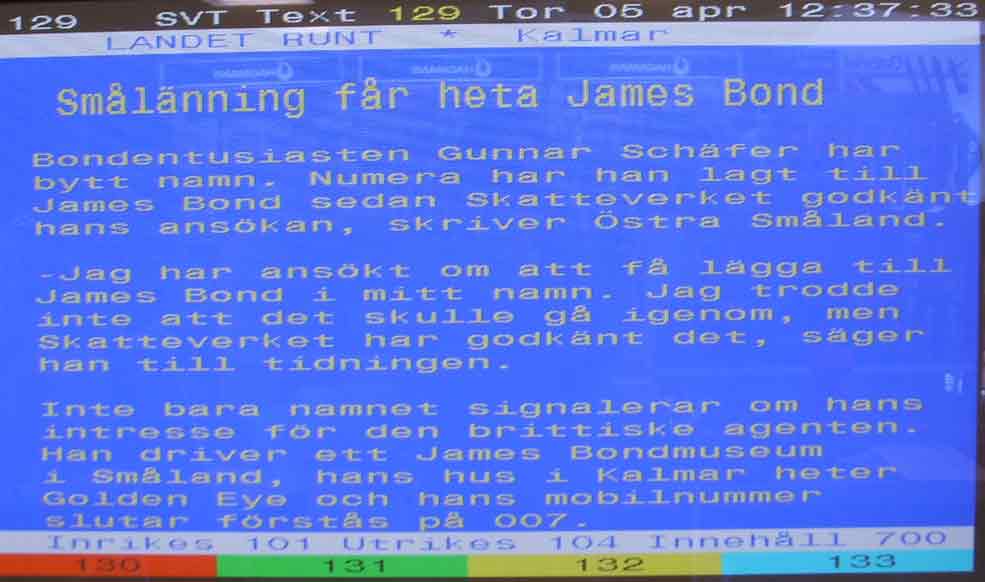 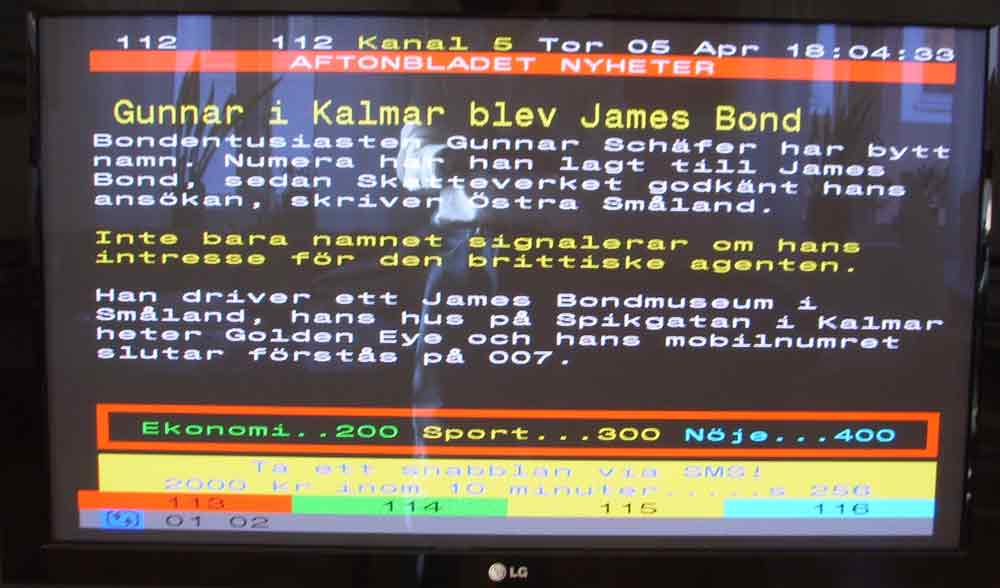 James Bond is alive and well and living in the south east of Sweden. Or at least his namesake is.

Schäfer, Gunnar Schäfer has just been given the all clear from the tax board to make some alterations to his name.

He may now officially refer himself as Nils Gunnar Bond James Schäfer. Or Bond, James Bond for short.

If ever Sweden was to have its own 007, Gunnar Schäfer has long seemed the most likely candidate.

In 1959 Schäfer's father, who had been a German secret service agent during the Second World War, disappeared in mysterious circumstances.

"It was the time of the Cold War. He went away on holiday and we never heard from him again. Perhaps somebody wanted him dead. I just don't know," Schäfer told The Local.

The loss of his father at a very young age is intimately linked to his life-long interest in 007.

In 1965, the eight-year-old Schäfer settled down to watch 'Goldfinger' with his older brother. The experience was to alter his young life.

"I began to compare Ian Fleming's life to that of my father. I read the novels and found all the similarities.

"Like my father, Fleming had also been a secret agent. He became a sort of mentor to me.

"'Goldfinger' helped me to get on with my life and it brought me closer to my father," he said.

Gunnar Schäfer's fascination with all things Bond is evident in every aspect of his life.

For example, his mobile phone number ends with the digits 007.

One of his cars, the original BMW used in 'Goldeneye', is registered 007 JB.

He also dresses like Bond. At least once a week he puts on his dinner jacket and sits down to watch a 007 classic.

"Sometimes I'll drink a dry martini. But usually I pour myself a glass of Bollinger champagne, which was Albert Broccoli's favourite drink and also something Bond is quite fond of," said Schäfer.

When he's not being Bond, Gunnar Schäfer runs a car parts business in Nybro. It was here that he first began displaying some of the memorabilia for the world's first 007 museum.

The embryonic museum was later moved to a much larger premises. Spread over 350 square metres of exhibition space, the museum now houses a cinema, games consoles and a casino, as well as an impressive array of 007 artifacts ranging from cars to specially designed glasses.

But what about 007's famed collection of short-term girlfriends? Does Schäfer share his hero's handy knack of proving irresistible to the opposite sex?

"They are often very curious, even the ones who don't like 007.

"After they meet me and I tell them the story about my father they usually end up liking Bond," he said.

Gunnar Schäfer celebrated his 50th birthday at the end of March. Visit his website to find out more about the Swedish James Bond and his 007 museum.